We set up at The Guardian’s offices on Friday evening. I and a few other lucky organisers made a lot of Lego men: 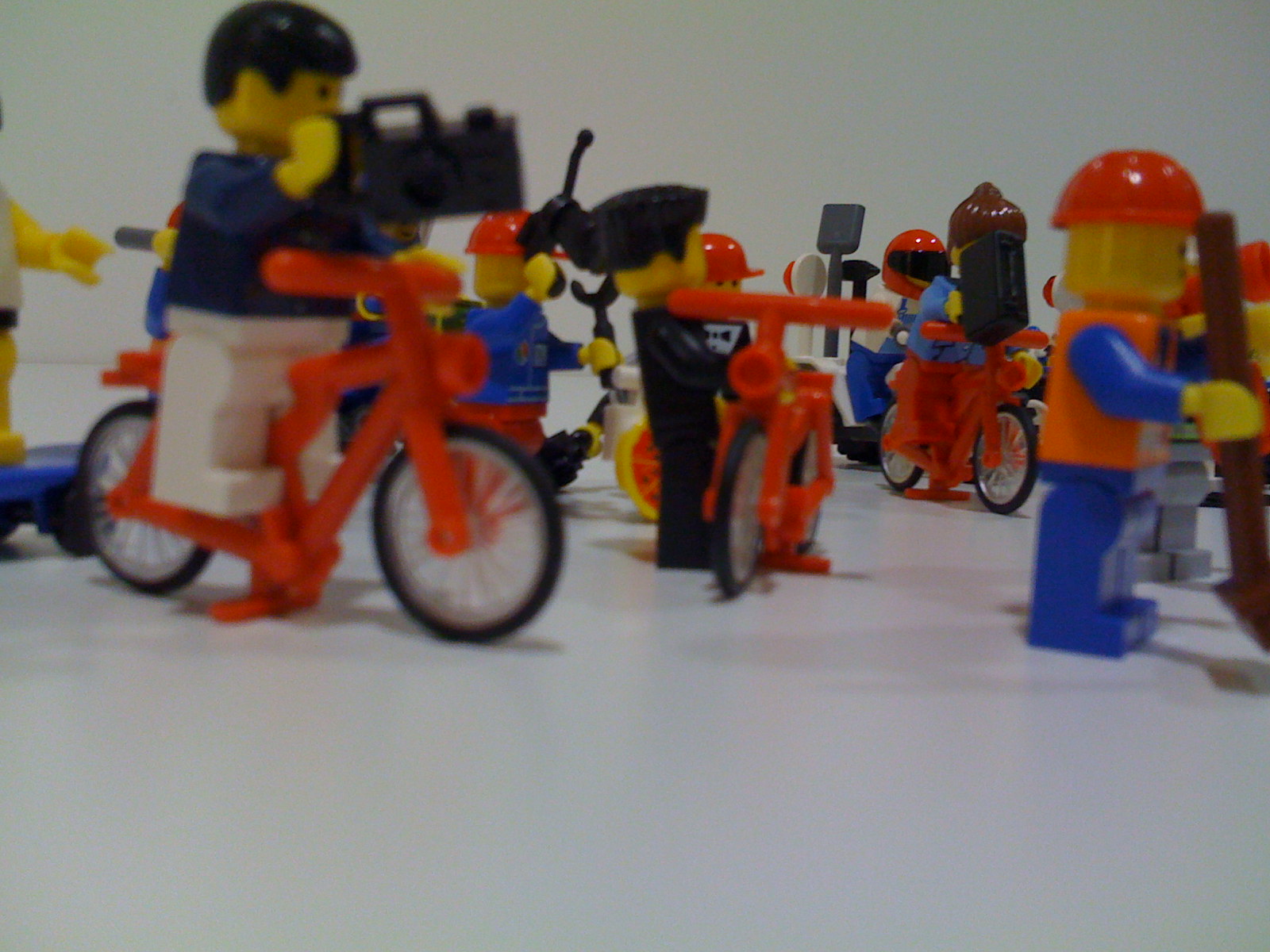 We returned at 8 a.m. on Saturday. People registered and got their swag bags (customised t-shirt, Lego man with accessories, Sharpie).

For those that don’t know, one the best things about Barcamp is that anyone can put on a session. I went to a session about hacking the baking of bread:

Gui’s thesis (slides) is that one can try out recipes and then improve them through further experimentation. He said that because of the long periods that bread must be left alone, it is the perfect activity to interleave with hacking sessions. You mix flour and water, cover and leave it for two days. You will have a pit of bacteria. Add more flour and water, leave for another two days. Take a third of the result - leaven - add more flour and water, knead, leave to prove, knead, then bake. Use the rest of the leaven as your next starter batch. Share it with friends. Add other stuff. 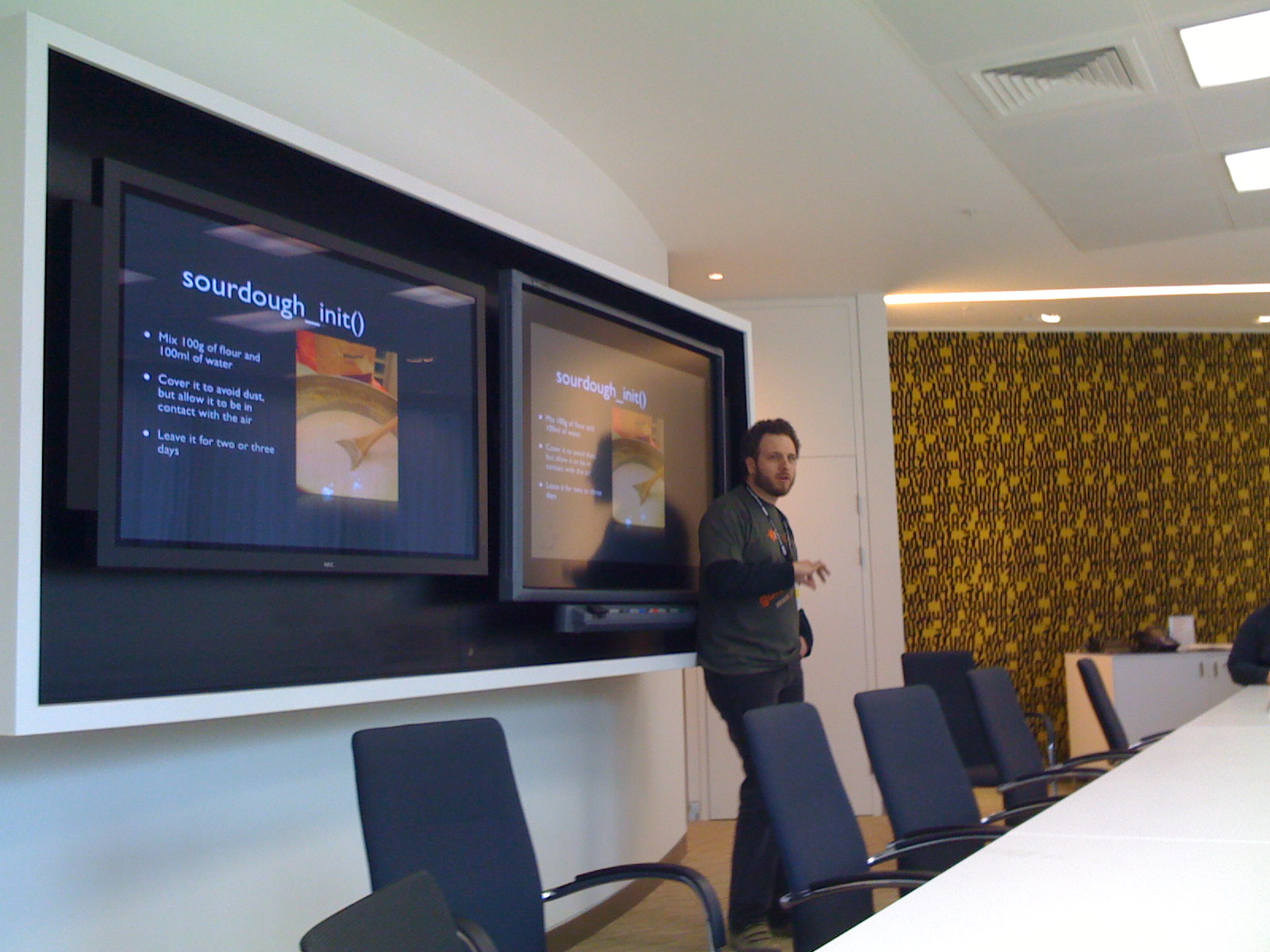 I went to a talk on young people by a guy called Will. We talked mostly about the divide between younger and older people and about whether the two groups differ. 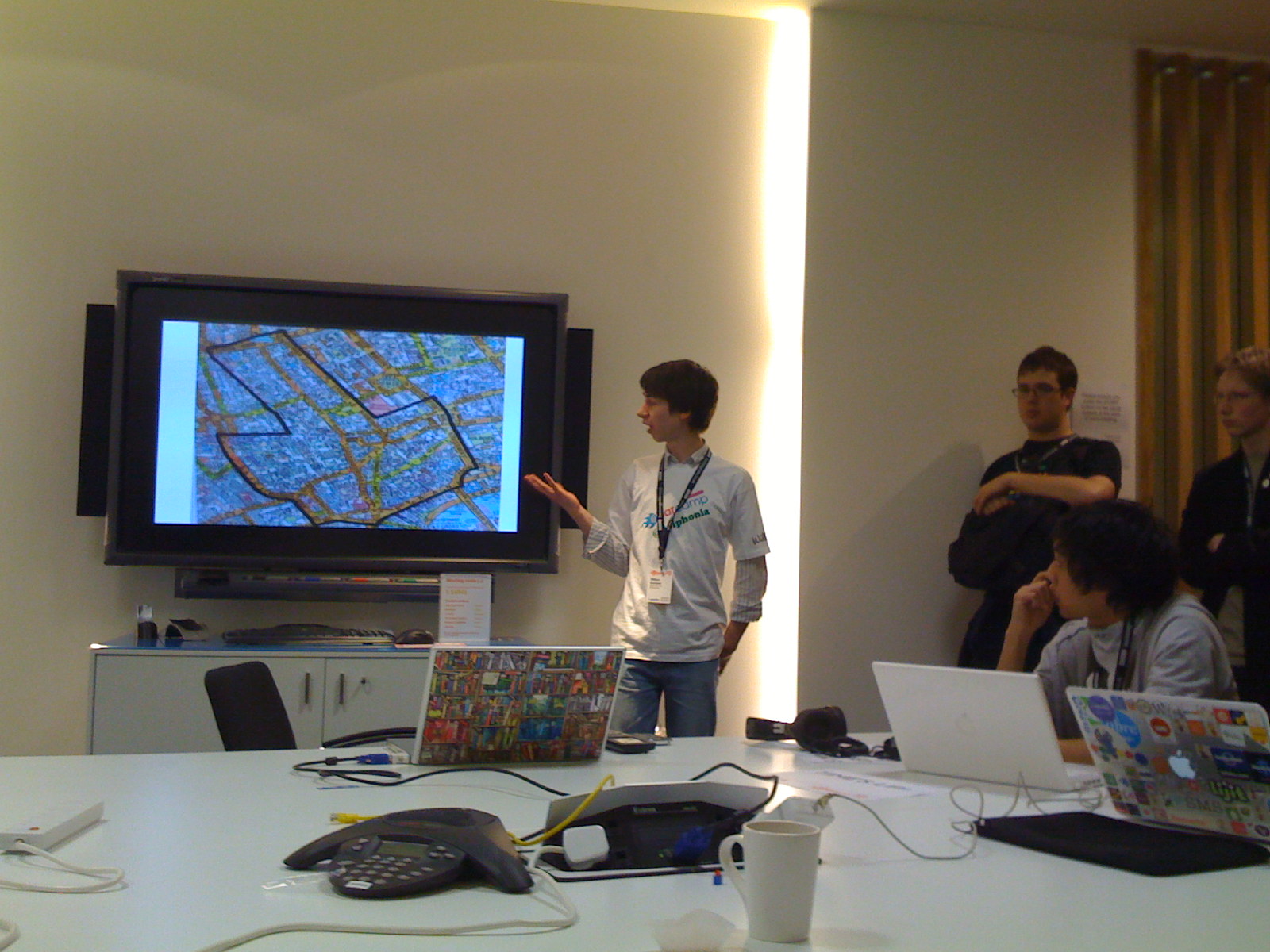 Could you graph a person’s music taste against artist output over time? That way, you might see a person fall in love with and out of love with bands. You might see which parts of an artist’s canon the user preferred.

Should you recommend only albums, or even songs, rather than artists? It’s rare to like all of the recorded output of even a favourite band. Does the dissection of music into songs start to destroy the concept of the album?

We also talked about how to incorporate music discovery into everyday life. Are clubs and the radio really as good as it gets? Could occasional new songs be interspersed with a majority of songs a user already knows? Will mobile music catalogues and perennial access to large libraries make this easier?

As night fell, the games of Werewolf began.

I thought about why geeks choose to play a game defined by social interaction. Someone pointed out that we like systems and environments with strict rules. Thus, exploring social interaction - arguing, backing-up, lying, debating, confronting, sharing, joking - in a controlled environment is perfect.

Time wore on. The clocks went forward and it got to five in the morning and I went to bed. I say, “bed”, but what I mean is a chair. I pulled my coat around me and nodded off. I awoke two hours later. 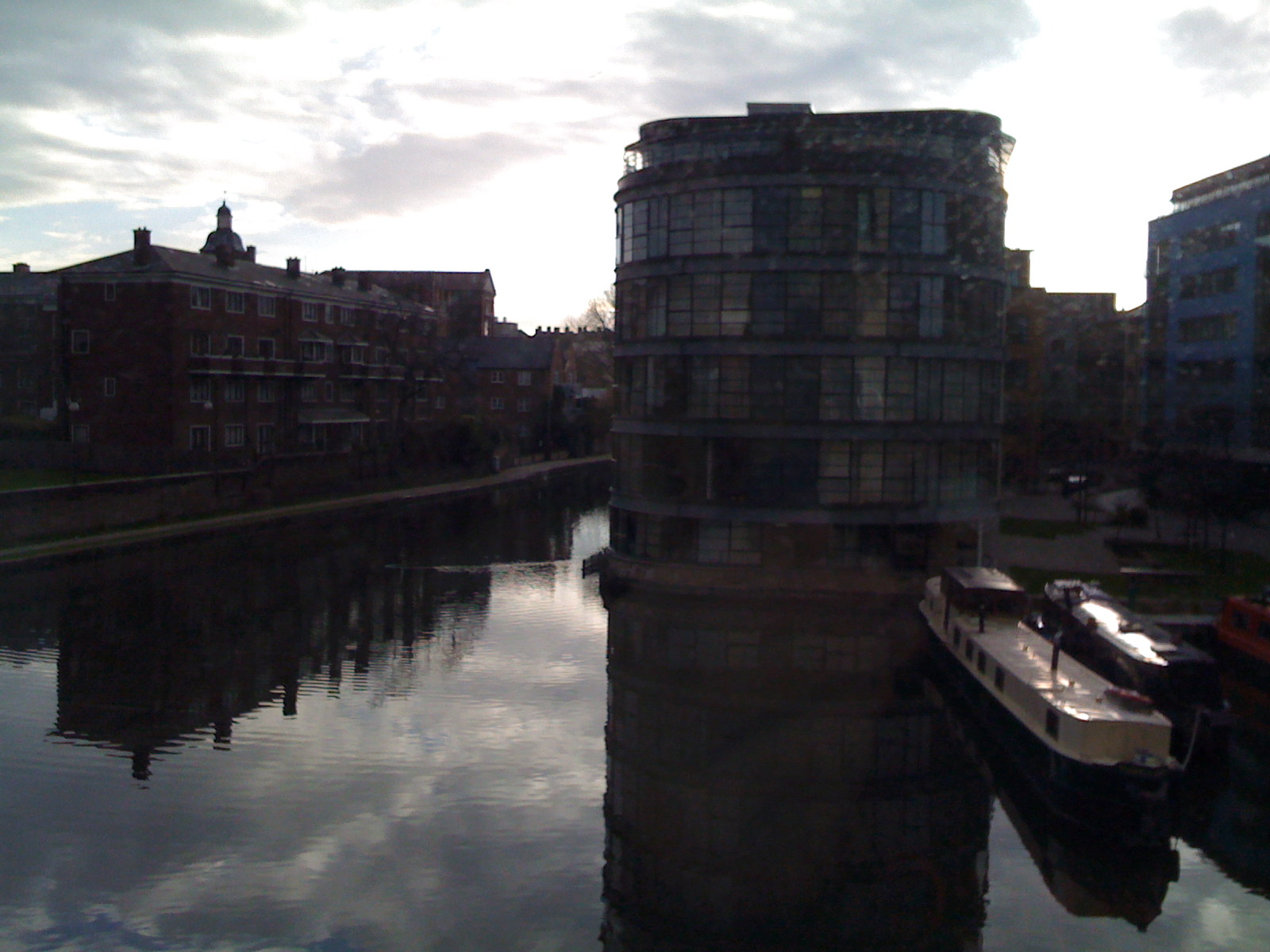 We laid out breakfast and everyone munched away. The Sunday sessions began (sadly, I didn’t get to any of them). I had a wonderful talk with Amir on how hacking is one of the great arts, but lacks the surface charisma of music and painting and theatre and has a disappointing disconnect between the raw materials and the product.

On the bus back to Brixton, I thought about how events that last several days are popular amongst many different groups. Music festivals, camping trips, retreats, conferences, holidays, political protests. But I think the key element is not the extended time, but the overnights. There is something about that four-in-the-morning feeling that makes time feel special. You know you should be in bed like everyone else, but you aren’t - you are in another world. I couldn’t shake the feeling of being a kid run amok in the school after all the teachers have gone home.

Though I know that evenin’s empire has returned into sand, Vanished from my hand, Left me blindly here to stand but still not sleeping. My weariness amazes me, I’m branded on my feet, I have no one to meet And the ancient empty street’s too dead for dreaming.

Take me on a trip upon your magic swirlin’ ship, My senses have been stripped, my hands can’t feel to grip, My toes too numb to step, wait only for my boot heels To be wanderin’. I’m ready to go anywhere, I’m ready for to fade Into my own parade, cast your dancing spell my way, I promise to go under it.

Then take me disappearin’ through the smoke rings of my mind, Down the foggy ruins of time, far past the frozen leaves, The haunted, frightened trees, out to the windy beach, Far from the twisted reach of crazy sorrow. Yes, to dance beneath the diamond sky with one hand waving free, Silhouetted by the sea, circled by the circus sands, With all memory and fate driven deep beneath the waves, Let me forget about today until tomorrow.