Brian De Palma is very good at making his scenes feel like they are part of a living world. Look at the first drug deal in Scarface. There are two shots that connect the car on the street to the rooms in the apartment where the deal is being done.

In the first shot, the camera follows Tony and Chico across the road and up the stairs to the door of the apartment.

In the second shot, the camera goes from the window of the sitting room, down into the street to the car, then back up into the apartment through the bathroom window.

Sidney Lumet achieves the same effect of a living world. But, his camera is mostly an observer. It is static, or it makes only unintrusive movements. It never peers. In this shot from Prince of the City, a whole block is brought alive when two running men disappear behind a building and reappear on the other side. The pan and track show us the action, but at a remove. Like the first Scarface shot, it is the movement of the characters from one place to another that brings everything to life. But, Lumet creates an even subtler effect by making the men disappear and reappear. This goes beyond connecting one visible place to another. It suggests places that are out of sight, which is more evocative of a living world.

Pieter de Hooch achieves the same effect in his painting, Paying the Hostess. Look at how light in the sky on the far left shines in through a hidden window, through a mostly obscured back room and finally falls on the wall on the far right. The light makes real the things we can’t see. It, too, is better than de Palma because it achieves its effect by making something disappear and then reappear. But, remarkably, de Hooch does it with a still image. No moving objects. No moving frame. Just moving light. 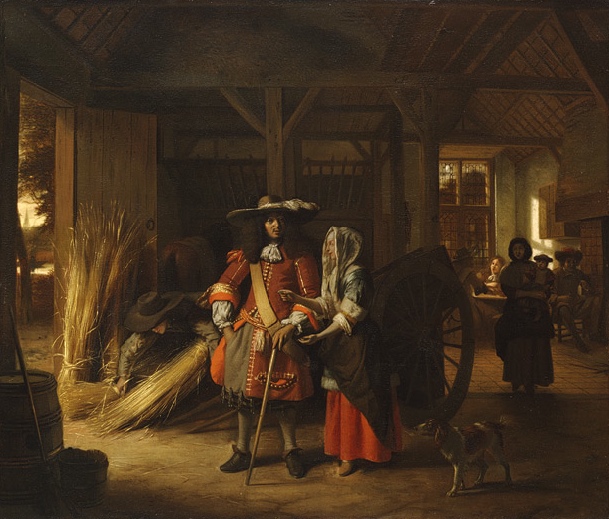 Subscribe to my newsletter to hear about my latest work