I have just re-discovered Syndicate and spent the afternoon playing a graphically crippled SNES version on my MacBook Pro. You can get the emulator here and the ROM here.

I played Syndicate on my PowerMac when I was fifteen. I have no idea where I got my copy - it was an old game even then. I was in love with it and another game, Myth II, around the same time.

Though they are very different, I liked the same things about them: they let you use a few basic tools to create your own stories and solve problems in your own way, and they are set in a world that makes you lick your lips. 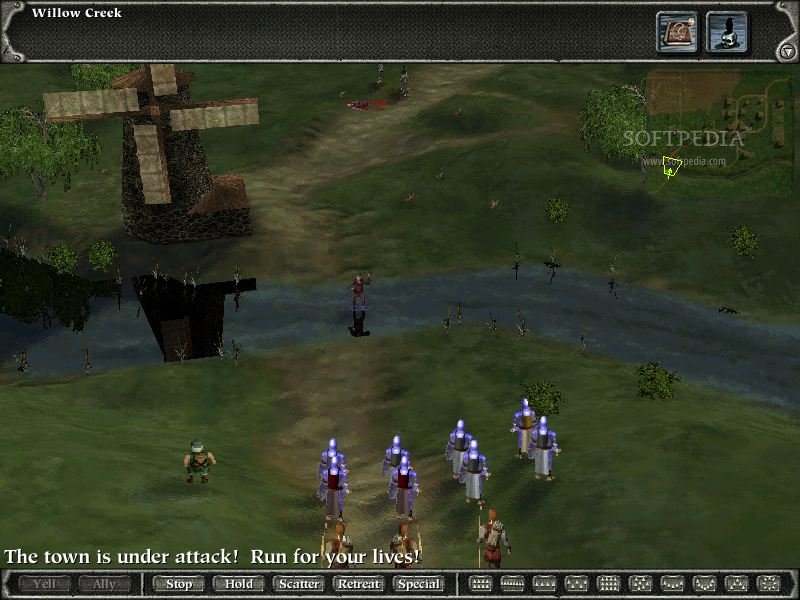 In Myth II, you have archers with flaming arrows and dwarves with satchel charges. You can light the grass on fire to corral the enemy into a narrow gully. You can use the satchel charges to blow up the front and back of a company of enemy soldiers, trapping the survivors in the middle. You can lure the enemy into an area and then tell your archers to fire their flaming arrows to ignite hidden charges.

You can create your own scenarios of destruction, and plot the enemy’s demise like a story. Once you get good at a level, the carnage takes on an air of theatre, of ballet.

Each level in Myth II is just about wiping out the enemy’s army, but Syndicate gives you more story to work with. The hyper-capitalist company for which you work needs a politician assassinating. He is to attend a mega-mall opening. You could lie in wait by the road and blow up his car as he passes. Or, you could hide your guns and blend in with the crowd and shoot him as he cuts the ribbon and then escape in his limousine. Or, you could take over the minds of his bodyguards and get them to kill him for you, then slip away unnoticed. 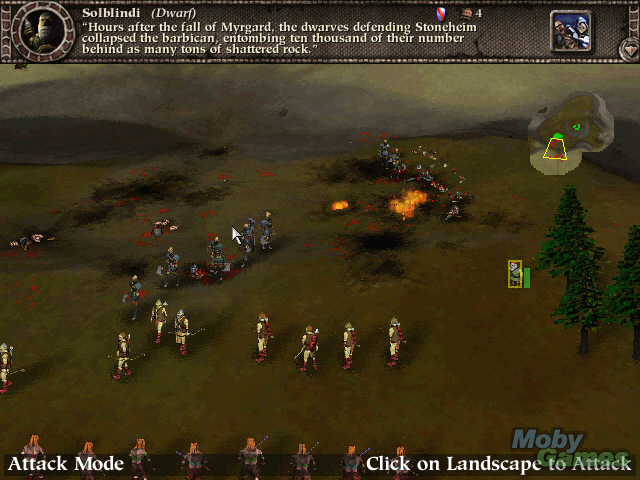 Though Myth II has very little story in the levels, the mise-en-scène is wonderful. The landscapes are so barren. They are like the muddy no man’s land between the trenches in the First World War. Their sparseness draws attention to the soldiers like a stage draws attention to the actors. The environment dictates the story as in the theatre-like battle-fields of Flags of Our Fathers, or the cold Detroit in Narc that made the world into an inhospitable place that left the characters naked and aggressive and scared, a place where things happen that no one will see.