Trencher were kind of good, but they only really have two songs: the doom one and the grind one. Here are the band: 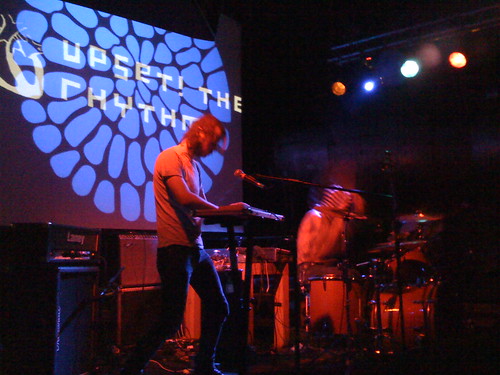 The Present were half avant garde plinky plonky noise and half echoed-out rock music. The drummer drummed on his knees. The band had a wonderfully large amount of equipment on stage with them: 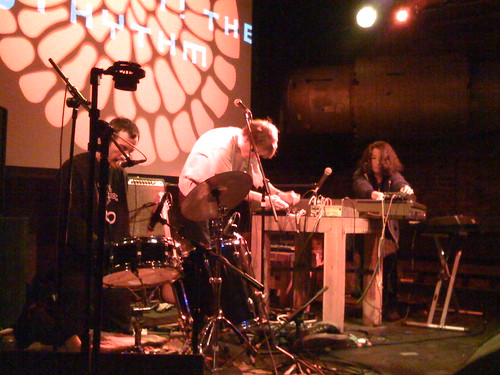 Zach Hill, the drummer from Hella, was the closest I’ve come to religious music. Over the last few years. his drumming has become a boring party trick. He’s like someone who still thinks the war is on, but instead of the war, it’s Spencer Seim.

However, he was born for his solo project. There were echoes of it in his Nervous Cop record with Greg Saunier of Deerhoof. However, what achieved with that record relied on cut-ups and post-processing. Now, he achieves it on his own, live.

Don’t listen to the record. There is some kind of switch in the brain that just like offers an unsubstantiated explanation for a purely audio experience of Hill’s drumming that is something other than the truth which is: he drums really fast. So, see him live, or get halfway there by watching a video: